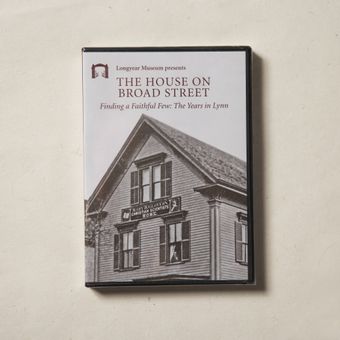 The House on Broad Street: Finding A Faithful Few, The Years in Lynn

The house at 8 Broad Street, Lynn, is the first home that Mary Baker Eddy owned. The years in Lynn saw events of great historical and spiritual significance, including these milestones: Mrs. Eddy completed and published the first three editions of Science and Health; formed the Christian Scientist Association; founded the Church of Christ, Scientist; and chartered the Massachusetts Metaphysical College. And it was here in this house that she became Mrs. Eddy, with her marriage to Asa Gilbert Eddy in 1877.